MIAMI, Sept. 21, 2021 /PRNewswire/ -- Norwegian Cruise Line, the innovator in global cruise travel with a 54-year history of breaking boundaries, raised its curtains to unveil its upcoming multifaceted entertainment and onboard experiences available on Norwegian Prima, the Brand's most in-demand ship ever.

The vessel, the first of the six ships within NCL's all new Prima Class, which debuted with record-breaking sales and applause when it was announced in May earlier this year, reveals Tony Award®-nominated musical "Summer: The Donna Summer Musical" as its interactive headlining act. Norwegian Prima will also showcase numerous cruise industry first and new-to-brand elevated onboard experiences when the ship sets sail in summer 2022, including boasting the world's first venue that transforms from a three-story theater into a Vegas-style nightclub, freefall drop dry slides and the largest racetrack at sea.

"We're not just elevating the guest experience, we're giving it an adrenaline rush and multisensory overload," said Harry Sommer, president and CEO of Norwegian Cruise Line. "When we launched Norwegian Prima, we aimed at going beyond expectations, providing our guests with more wide-open spaces, elevated service, thoughtful design and a variety of unforgettable experiences, and this latest unveiling of our entertainment and onboard activities lineup is going to have the wow-factor they've yearned for in a much-anticipated cruise vacation."

Immersive Star Power Entertainment
From the powerhouse production team that brought "Jersey Boys" with current residence on Norwegian Bliss, comes "Summer: The Donna Summer Musical." This is the story of Donna Summer's meteoric rise from young starlet to the Queen of Disco featuring a score of more than 20 of Summer's mega hits including "Bad Girls," "Last Dance," and "Hot Stuff." The 75-minute immersive production will be a first at sea where the theater itself transforms into a full disco and guests can become a part of the show and dance to Summer's all-time medleys.

Taking guests from the disco glam of "Summer" to the neon lights of "Light Balance Universe" featuring Light Balance the golden buzzer winner from "America's Got Talent," the one-of-a-kind dance crew brings their jaw-dropping visual effects and style to Norwegian Prima.  Guests will experience high-energy choreography and acrobatics while partaking in a multisensory light spectacular.

Prima Theater and Nightclub: A Multi-Purpose Masterpiece
All of Norwegian Prima's headlining acts including some of the new onboard experiences will take center stage in this groundbreaking transformational theater. The three-story venue, designed to seamlessly convert the space from a state-of-the art performance stage to expansive dance floor, will feature a customizable seating layout and awe-inspiring moving LED screen that lowers from the ceiling and is nearly half the size of the venue. The extravagant high-energy nightclub's SENSORIA theme provides clubgoers an out-of-body experience where they can dance late into the night and enjoy a kaleidoscope of high-energy music and innovative special effects.

Interactive Real-life Gameshow Extravaganza
Norwegian Prima will push the boundaries of guest entertainment as it rolls out its interactive LIVE on NCL game show experiences that allows the audience to be part of the show and have an opportunity to win incredible grand prizes. These immersive productions powered by Fremantle Media, a world leader in creating, producing and distributing content, takes the Prima Theater and Nightclub and transforms it into a large-than-life production set where guests can be participants in some of the world's most legendary game shows including:

Elevated Activities for Every Kind of Guest
As the only Cruise Line to offer go-karts at sea, NCL will up the ante on Norwegian Prima, offering the largest and first ever three-level racetrack with the Prima Speedway. Featuring a longer straightaway with a racetrack of more than a quarter mile in length (1,378 feet/ 420 meters) and 22 percent larger than the current racetrack on Norwegian Encore, the speedway will now go around and through the funnel of the ship and boasts 14 nail-biting turns where 15 drivers can simultaneously race on the open ocean, reaching speeds of more than 30 mph (50 kph). After racers have completed their ultimate thrill ride, they can unwind at the new Prima Speedway Bar located beneath the racetrack.

For guests looking for the most extreme adrenaline rush at sea, Norwegian Prima will flaunt The Drop, the world's first freefall dry slide where users will experience a 10-story plunge reaching the highest G-forces of any cruise line; more Gs than an accelerating F1 racecar, leaving racer's hearts with the thrill of a lifetime. The edge-of-your-seat experience takes a competitive turn with The Rush, featuring dueling dry slides where guests can race each other for the ultimate in bragging rights.

Norwegian Prima will also debut new additional activities for guests of all ages with The Bull's Eye, an elevated twist on the classic game of darts featuring a sophisticated video tracking system that automatically calculates each guest's score and even offers instant game replays to ensure fun, competitive play. NCL will introduce Tee Time, a supercharged version of minigolf, where guests can enjoy nine interactive holes set among a Vegas-style backdrop and even have a chance to win worth-your-while prizes.

Making its splashing first appearance on Norwegian Prima as part of the ship's Aqua Park and Main Pool area, will be the Brand's first Tidal Wave waterslide featuring gushing surfs where guests can ride an innertube to catch the perfect wave. Guests looking to relax can do so in either one of two infinity hot tubs or under the area's cascading water feature.

Syd Norman's Pour House, the onboard guest-favorite classic rock club makes its Rockstar comeback on Norwegian Prima after the concept initially debuted on Norwegian Breakaway in 2018. The venue features a stellar house band playing the greatest rock songs of all time from Aerosmith to Led Zeppelin.

There will be laughs on the high seas with The Improv at Sea comedy club showcasing standup performances against an intellectual tongue-and-cheek "Science of Comedy" theme.

Norwegian Prima Homeports in Galveston, Texas
After Norwegian Prima concludes her inaugural year sailing bucket-list itineraries as the industry's newest ship, she will be the only vessel during the winter 2023 and 2024 season offering seven-day voyages to the Western Caribbean out of Galveston, Texas, providing the most extensive port experiences in the region with every itinerary visiting four ports. Norwegian Prima will call to Costa Maya and Cozumel, Mexico; Harvest Caye, the Caribbean's premier island destination in Belize and exclusive to guests of NCL; and Roatan Island, Honduras, with all visits featuring between eight and nine in-port hours.

With voyages beginning in summer 2022, Norwegian Prima will be 965 feet long, more than 142,000 gross tons and able to accommodate 3,215 guests at double occupancy.

For more information about Norwegian Cruise Line ships and their itineraries, or to book a cruise, please contact a travel professional, call 888-NCL-CRUISE (625-2784) or visit www.ncl.com. 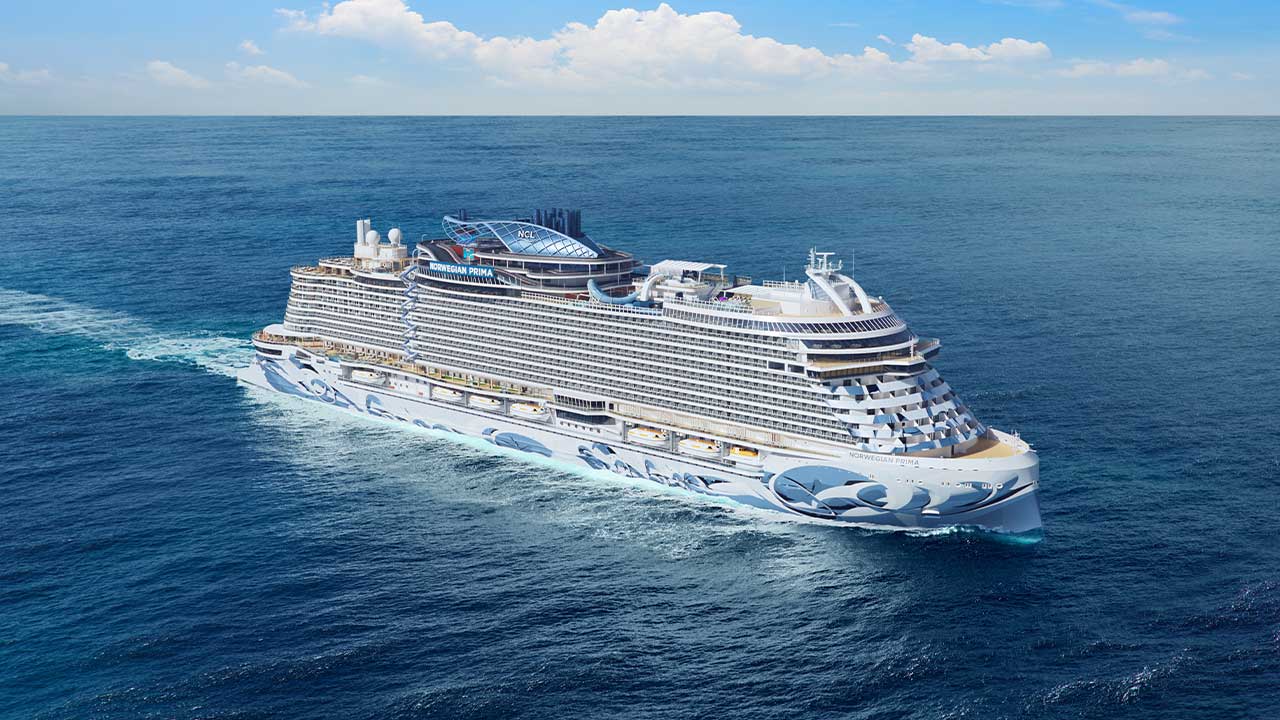 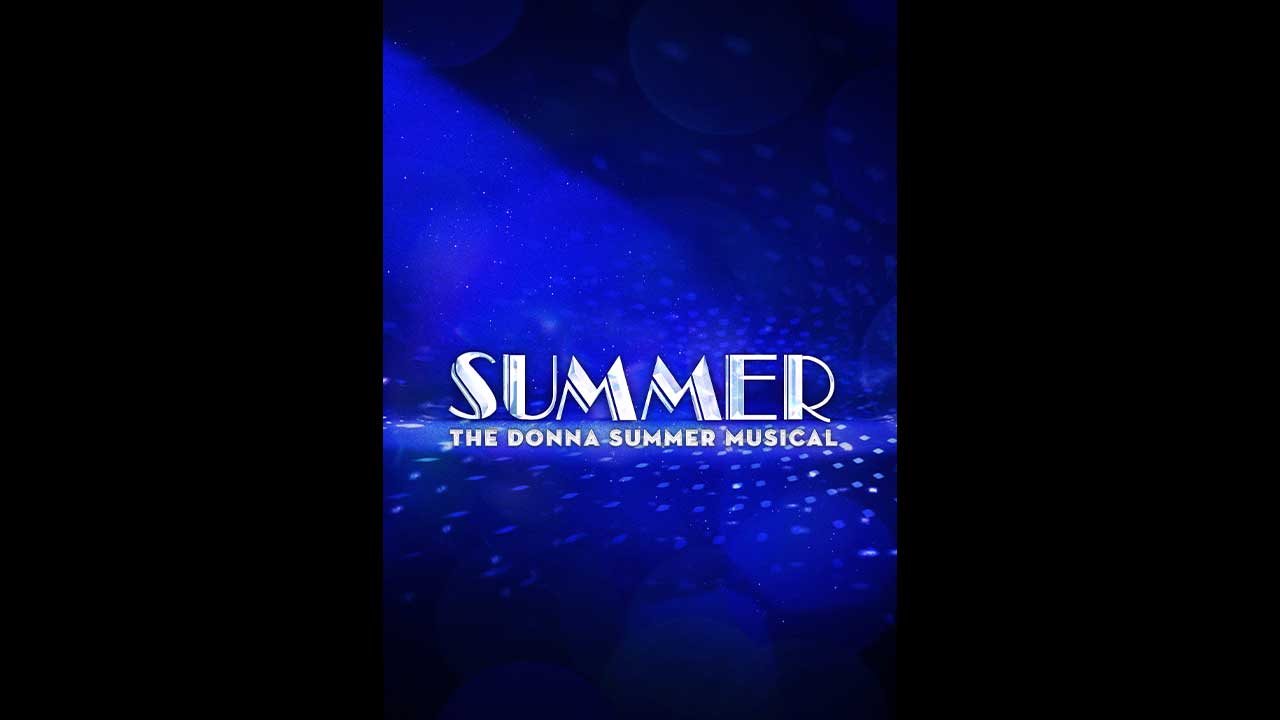 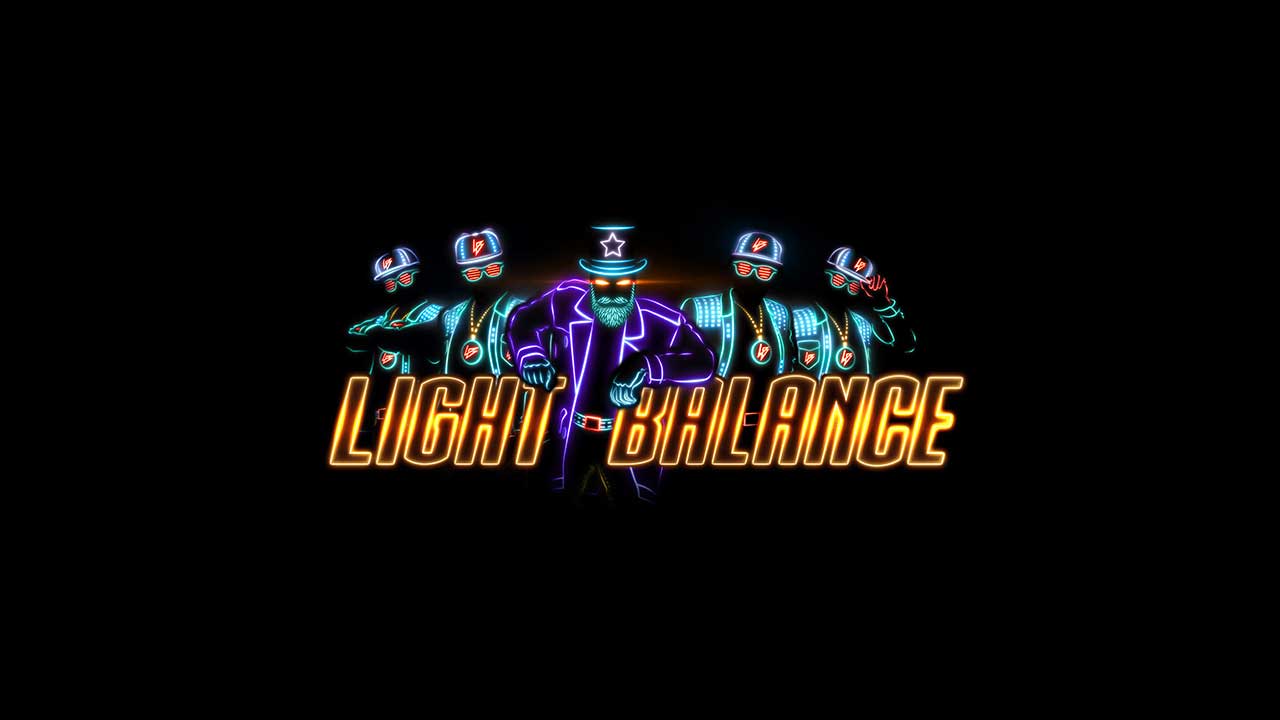 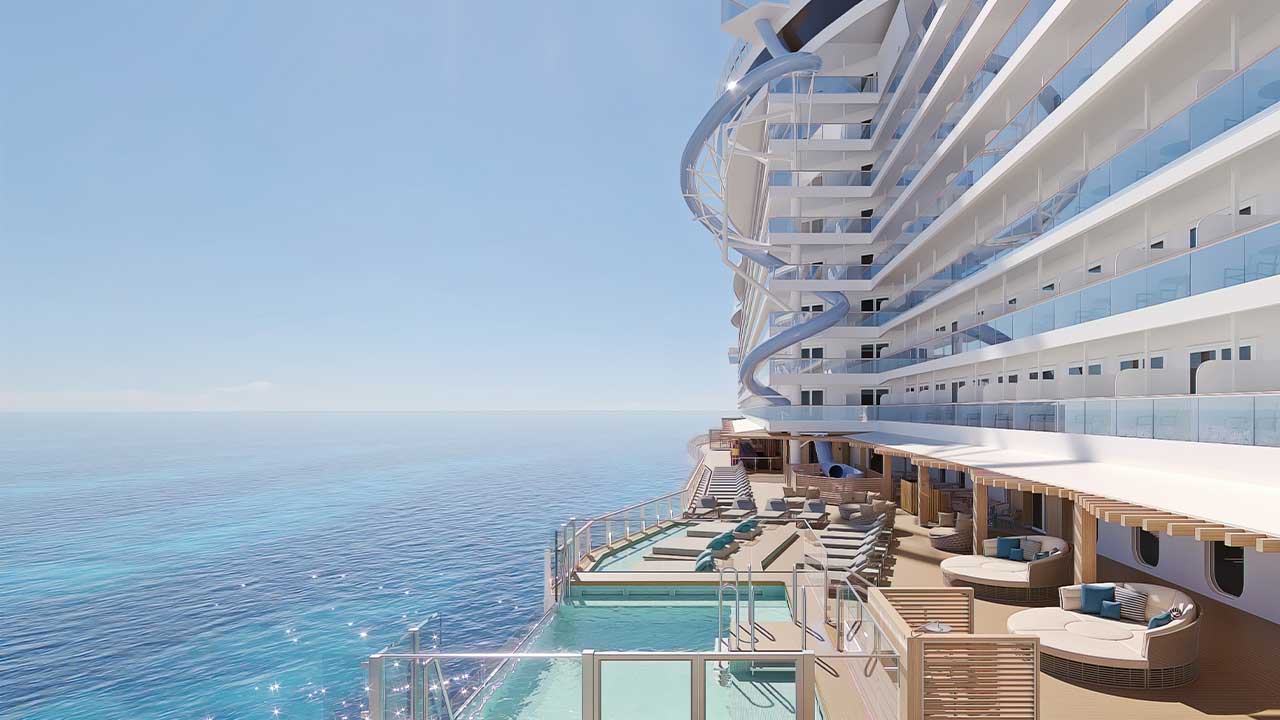 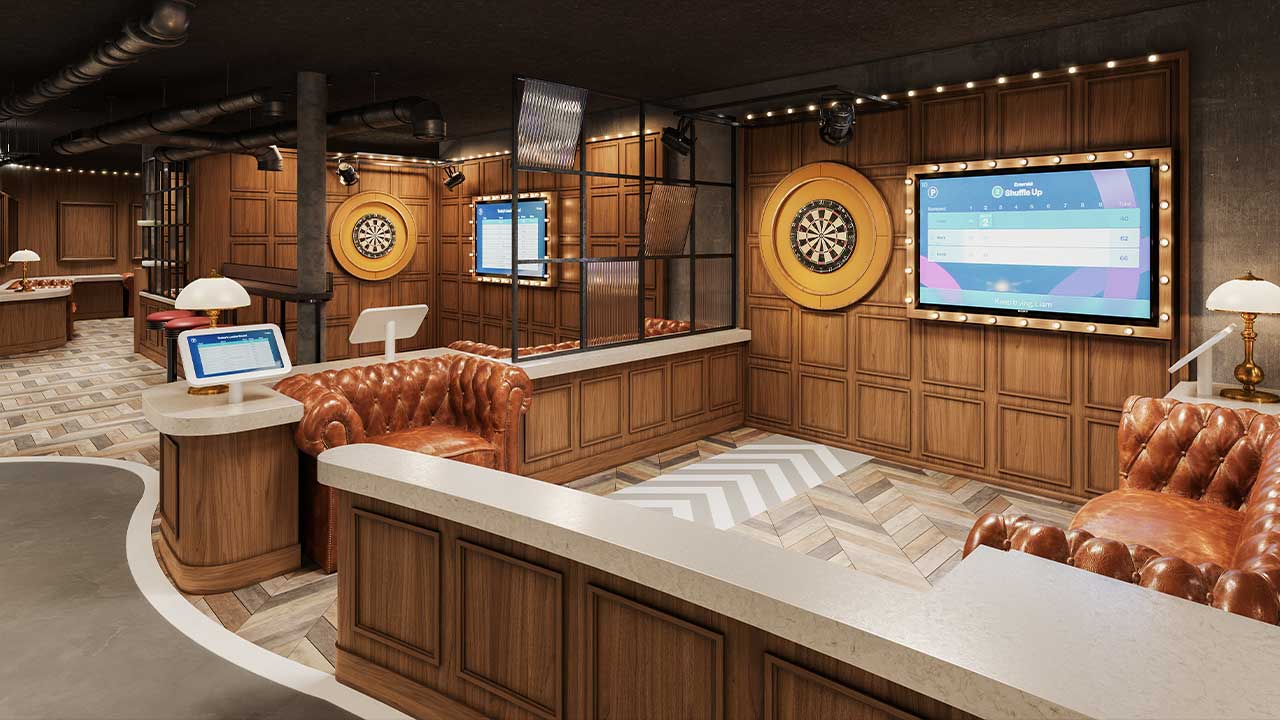 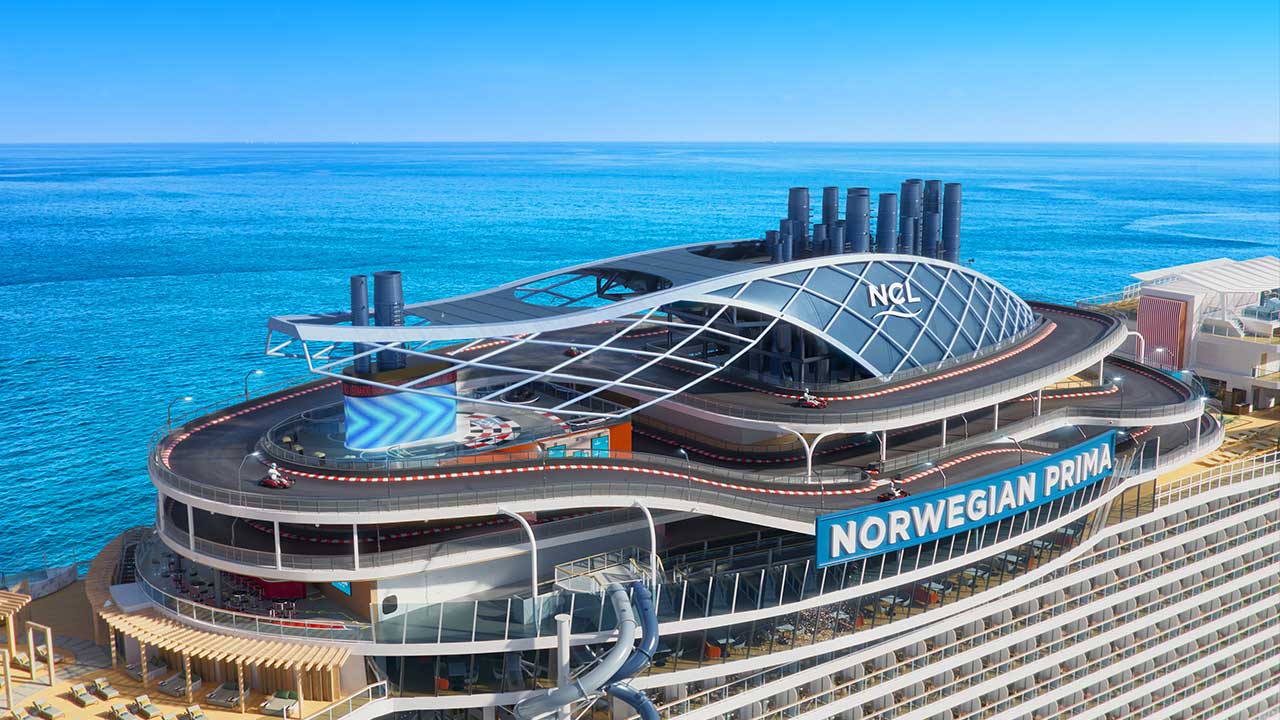