MIAMI, Feb. 9, 2022 /PRNewswire/ -- Oceania Cruises, the world's leading culinary and destination-focused cruise line, today announced the appointment of Chef Alexis Quaretti as Director of Culinary Programs and Development. Quaretti previously served as a senior executive chef for Oceania Cruises and now returns to oversee all aspects of the development, introduction, and implementation of new concepts to continually elevate the most awarded dining experiences at sea across the line's seven acclaimed ships and 12 restaurant brands. 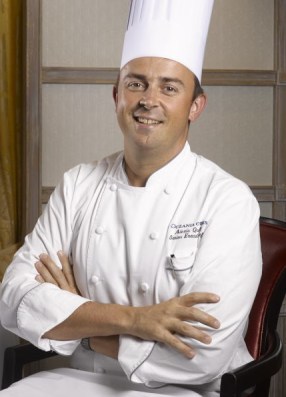 Originally from Fontainebleau, France, Quaretti started his career at some of the best restaurants in the world including the 1-Michelin-star Château de Marçay, the 3-Michelin-star L'Arpège, where he not only discovered but also refined his knowledge and appreciation for vegetable-based cuisine, and the 2-Michelin-star La Pyramide.

In 2004 Quaretti joined Oceania Cruises and in 2008 was promoted to executive chef at the young age of 27. In 2010, he joined an Asian mogul to travel and cook between St. Tropez and Hong Kong before rejoining Oceania Cruises in 2012. Two years later he was promoted to senior executive chef, overseeing a brigade of 140 chefs onboard. In 2017, Alexis took an opportunity to spread his culinary wings and expand his career knowledge and creativity by taking on a leadership role at Viking River where he lead culinary development and menu implementation for all restaurants and food & beverage outlets for their ships across the globe.

"We welcome Chef Alexis, one of the most influential chefs in hospitality, back to the Oceania Cruises family with open arms," said Howard Sherman, President and CEO of Oceania Cruises. "He brings a unique perspective to the role, having been an integral part of our growth and prowess over the last 20 years helping build our reputation for serving the Finest Cuisine at Sea. Never resting on our laurels and always challenging ourselves to refine, create and further elevate, we are excited to have him at the helm steering our culinary future with his profound expertise and drive for excellence."

With his return, Quaretti plans to guide the line with his culinary philosophy which has been driven by his love and respect for a true "Cuisine du Marche," where one respects nature, and with that, the changing seasons, ensuring the freshest and most flavorful ingredients are sourced and respectfully prepared.