–NCL Awards 100 Educators Across the U.S. and Canada with a Free Cruise Aboard Norwegian Prima and Donates Nearly $170,000 to Schools and Teachers Around the Country– 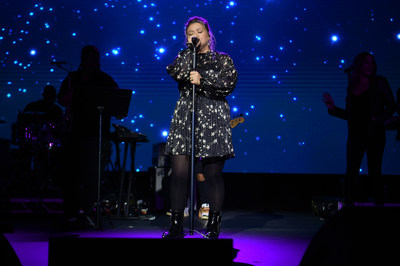 The ship also served as the special venue for this year's Norwegian's Giving Joy awards ceremony, during which the Cruise Line and Clarkson recognized 100 teachers with a free cruise, and nearly $170,000 for the top three Grand Prize winners and their schools.

Norwegian's Giving Joy program recognizes deserving educators for their unwavering commitment to bringing joy to the classroom. To celebrate these incredible individuals, and their often-times undervalued profession, as well as to kick-off Norwegian Prima's first voyage from Texas, Norwegian Cruise Line hosted a showstopping award celebration. Special guests included NCL President and CEO Harry Sommer; Norwegian Bliss Godfather Elvis Duran, American radio personality and host of "Elvis Duran and the Morning Show;" and superstar and godmother to Norwegian Encore, Kelly Clarkson, who delivered a stellar performance of her chart-topping hits including "Miss Independent," "Stronger," and "Since You've Been Gone."

"It was such an honor to celebrate the 100 deserving winners of Norwegian's Giving Joy program at Norwegian Prima's inaugural sailing, which embarked from my home state of Texas!" said Clarkson. "Teachers are our true everyday unsung heroes, and they play an integral role in our society, not only shaping the future of their students, but the future of their communities as well. I couldn't miss the opportunity to participate in this program and give a special performance before they set sail on the trip of a lifetime!"

To conclude the Norwegian's Giving Joy Award Ceremony, Sommer, unveiled the top three Grand Prize winners who received the most votes, awarding them with donations for their schools.

The Grand Prize winners are:

In addition to the expected donations to their schools, each of the Grand Prize winners received a big surprise – nearly $40,000 each in prize money thanks to Norwegian Cruise Line partners, who were moved by the ethos of Norwegian's Giving Joy annual teacher recognition program and inspired to participate. To see the complete list of participating sponsors, click here.

"Norwegian Prima's debut in Galveston was extra special," said Harry Sommer, president and CEO of Norwegian Cruise Line. "We really did it big…and what better place to do it big than in Texas. We introduced our new, magnificent ship to a market new to NCL, we welcomed 100 unbelievably deserving teachers to experience her, awarded the Grand Prize winners with nearly $40,000 in surprise prize money in addition to a donation for their school – and we put on an unforgettable celebration with two of our NCL godparents, Elvis Duran and Kelly Clarkson."

The annual program is designed to highlight the connection between travel and education and to recognize teachers for their unwavering dedication to inspiring students every day. To date the program has awarded 230 teachers across the U.S. and Canada with free cruises and donated over $350,000 to schools and educators since 2019. To learn more about this year's 100 winners and their heart-warming stories, and to support those in your communities, click here.

For more information about the Company's award-winning 18-ship fleet and worldwide itineraries, or to book a cruise, please contact a travel professional, call 888-NCL-CRUISE (625-2784) or visit www.ncl.com. 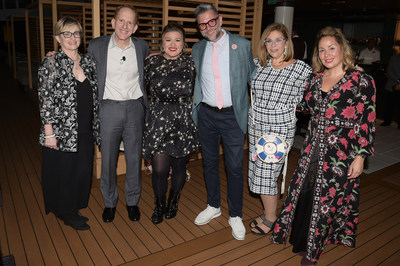 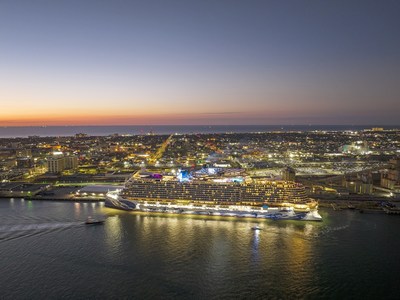 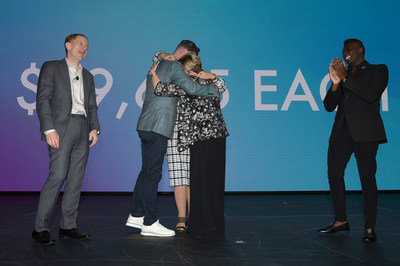