Norwegian Cruise Line Holdings is committed to fostering an inclusive workforce, where diverse backgrounds are represented, engaged and empowered to generate and execute on innovative ideas. Our commitment to seeking female and minority candidates, as well as candidates with diverse backgrounds is formalized in our Corporate Governance Guidelines.

As of December 31, 2021, the composition of our workforce was as follows: 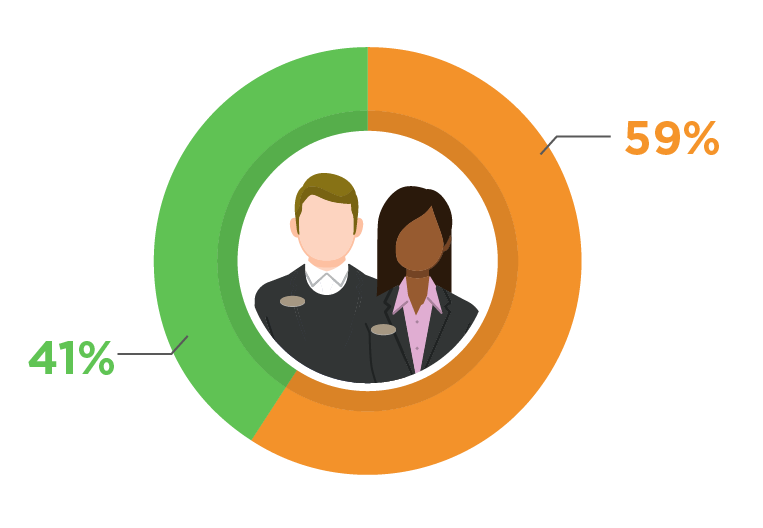 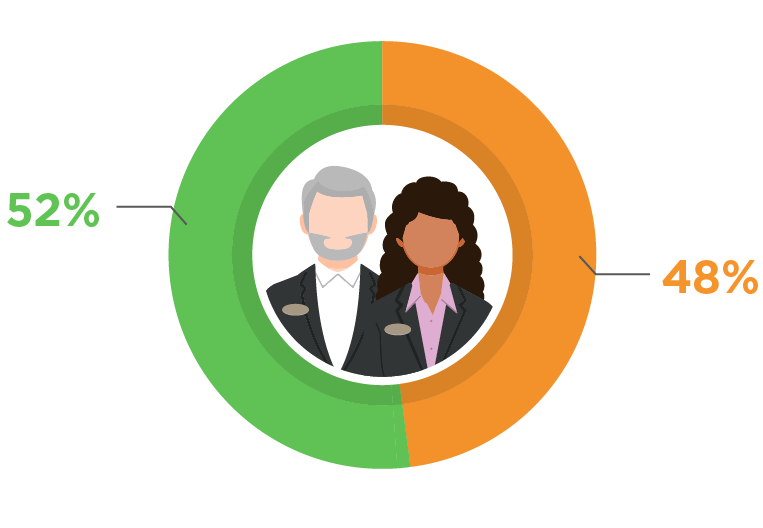 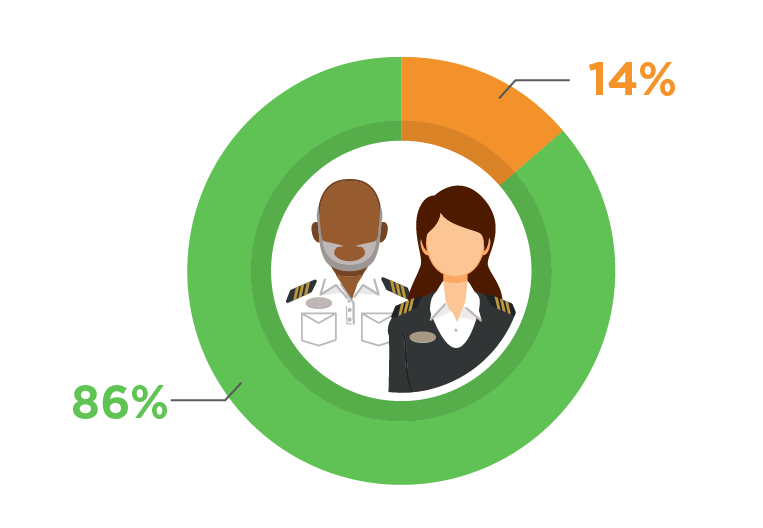 1 While we present male and female, we acknowledge this is not fully encompassing of all gender identities.

1 Under-represented minority ("URM") is used to describe diverse populations, including Native American, Asian, Black, Hispanic/Latino and Native Hawaiian team members in the U.S. Except for Pride of America, we do not track ethnicity/race for our shipboard team members as the majority are URMs from a U.S. perspective.

2 Based on those who have self-identified.

We are increasingly focused on presenting a diverse slate of candidates to all hiring managers. We use various forms of outreach to target prospective diverse candidates including posting job openings on diversity organization websites and participating in diverse career fairs. We have also previously participated in the Year Up internship program which provides internships for students in underrepresented and underprivileged communities. Looking forward, we have partnered with local universities and continue to seek opportunities to enhance our diversity hiring.

In 2020, we launched an online training for all shoreside team members as one of our essential steps to increase awareness and to foster a workplace that is aligned with our core values of Family and Community. The training focused on 1) Diversity, Inclusion and Sensitivity in the Workplace, 2) Unconscious Bias and 3) Micro-Aggressions in the Workplace. In 2022, an additional module, Cultural Competency and Humility, will be an added requirement. All new hires are required to complete this training. In addition, shipboard team members receive Cultural Awareness training with an emphasis on learning, appreciating and celebrating differences.

Captain Serena Melani likes to say that she’s a girl with a dream. She joined Regent in 2010 as a Bridge Officer, then served as Navigation Officer, Safety Officer and Staff Captain on Seven Seas Voyager®. She became the company’s first female Master Captain in 2016 and has led Seven Seas Explorer®, Seven Seas Mariner® and Seven Seas Navigator® during her tenure. In 2020, she became the first woman in cruise industry history to captain a new ocean cruise ship at launch with the arrival of Seven Seas Splendor™.

What advice would you give a young woman following in your footsteps?

There are billions of women in the world, but none of them are you. You are unique. You also don’t have to be the first or second woman to accomplish something to be valuable. You just need to be proud of what it is you do.

How about advice for other women in leadership?

As the Master, I am in charge. Full stop. But there is art to leading a team. There is compassion and empathy that one must have. You must also motivate and communicate well, so that when you make decisions, you have the support of your team.

Bernadine holds the position of Fire‘woman’ onboard Norwegian Escape, where she’s worked since she joining the company in 2017. Prior to NCLH, Bernadine worked in the Fire Service in Cebu City, Philippines, where she was born and raised. Bernadine credits her father and his 29 years with the Fire Service for her lifetime passion for firefighting. She credits her mother, a Teacher and Architect, for instilling the importance of education, hard work and kindness.

As a woman breaking barriers in her field of work, Bernadine says; “It’s important for me as a woman to set a goal, to set high standards and to stay focused. I know that I’m paving the way for other women by succeeding in my career.” She adds; “Firefighting is dangerous, and I am fully aware that I put my life on the line whenever an emergency happens. That is why learning, training and preparation of mind and body never ends. My advice for others is to be brave, to be fierce and to be real. Know what you want, study, train, and go for it!”

Native to the beautiful island of Jamaica, 50-year Company veteran Brian Walters joined Norwegian in 1969 as a Lounge Steward, just three years after the company was founded as Norwegian Caribbean Line. He worked his way through the ranks of crew and onto leadership positions where he currently holds the position of General Manager today. Brian calls Norwegian Sun his home away from home when he’s not spending time at his land-based home in Ft. Lauderdale, Florida.

Through the years, crew members have been guided and mentored under Brian’s watchful eye and he’s consistently regarded as a calm, steady leader. During his time at sea, Brian has witnessed the evolution of the cruise industry firsthand and experienced nearly all of Norwegian’s ground-breaking cruise innovations. But if you ask him when he plans to retire his sea-legs, he’ll laugh and tell you he’s ready to get back on board.

Jenny Lim joined Norwegian Cruise Line as a Guest Service Manager in 2001. In her 20 years of service with the Company, she’s held a number of roles onboard, including Food & Beverage Director, Assistant Hotel Director and Hotel Director before she was promoted into her current role as Regional Vice President of Fleet Hotel Operations.

Jenny is currently responsible for ships located on the West Coast of the United States, including Hawaii, as well as Australia, New Zealand and Asia regions.

Many guests and team members know Jenny from her many years working on board our ships, and others have recently come to know her from her recent feature on EMBARK - The Series: “Great Cruise Comeback”, which can be viewed here.

Jenny’s passion and dedication to her team shines in everything she does and she enjoys building strong, cohesive relationships with her management teams and crew. She commits herself to always serving as a role model, as she believes actions speak louder than words. She enjoys mentoring others and shares; “I’m fulfilled by lending a helping hand and instilling confidence in others to believe in themselves and follow their own path, cultivated by the values and qualities within themselves.”

Jenny graduated at Sepang Institute of Technology College in Malaysia in Business Administration and hails from Kuala Lumpur, Malaysia.

We have long-term partnerships with the National Diversity Council, sponsoring the Florida Diversity Council and its South Florida local chapter. In late 2021, we began exploring a partnership with the Miami Lighthouse for the Blind and VisuallyImpaired, Inc. to take the first step in a commitment to providing employment opportunities to the organization’s vocational rehabilitation clients. We continually seek additional organizations and partnerships to further expand our DE&I efforts.

To further demonstrate our commitment to advancing DE&I in the workplace, our President and CEO Frank Del Rio signed the CEO Action pledge for Diversity & Inclusion in March 2022.

We also recognize, celebrate and share the stories of our diverse and dynamic team members throughout the year corresponding with national and global observance holidays. In 2021 we introduced a spotlight series for Black History Month to showcase dynamic and diverse leaders who have made significant contributions to our Company and our communities. For Women’s History Month, we also introduced a feature campaign focused on women who have broken stereotypical barriers to hold positions that have traditionally been held by men.

Our Team Member Resource Groups (TMRGs) are another way for employees to connect, share, discuss important issues and give back to the community. We currently offer three TMRGs and are in the process of exploring the addition of more groups to provide our team members more opportunities to connect and further their development. 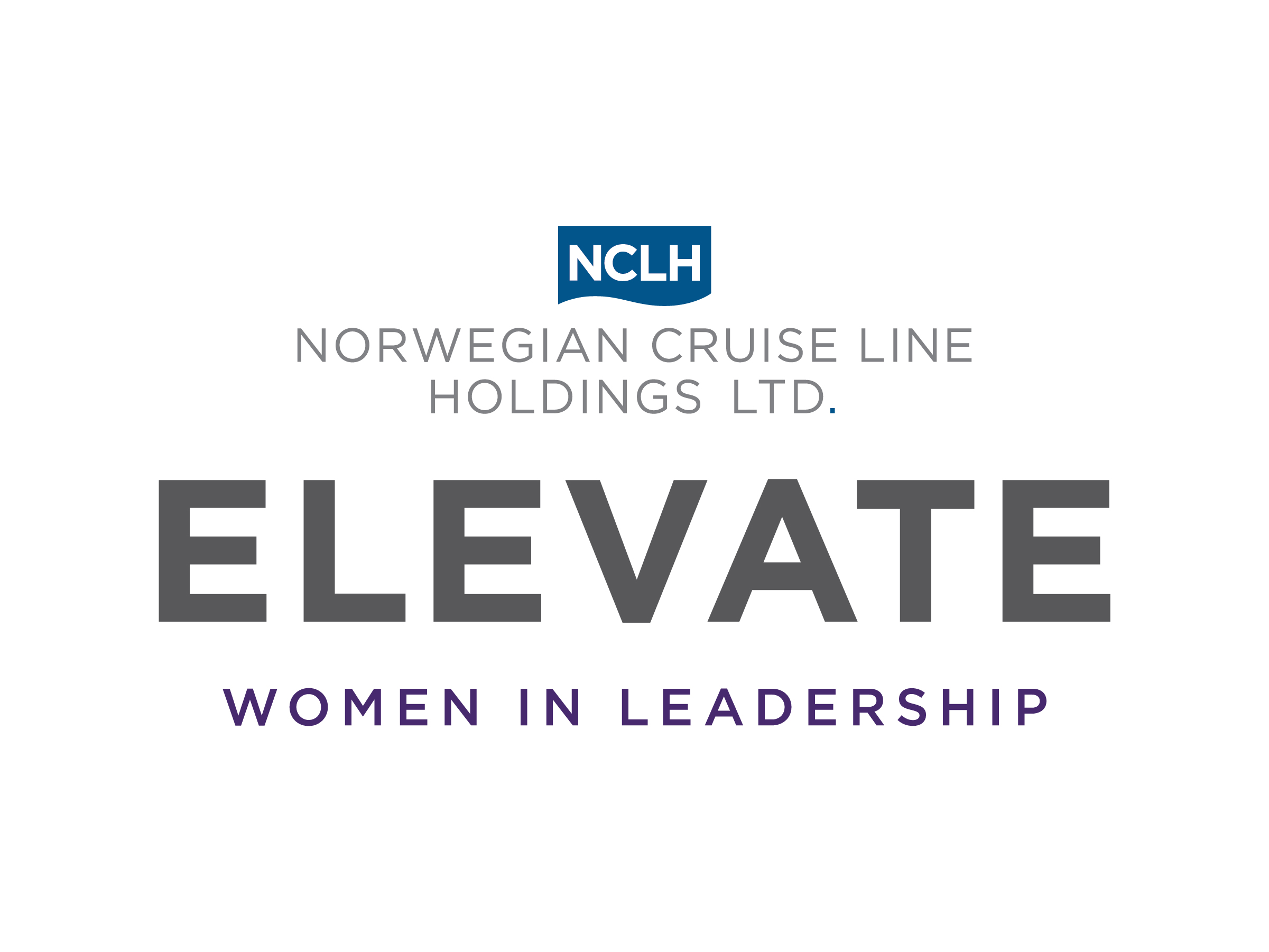 Elevate is comprised of our Senior Directors and above women leaders based out of the corporate headquarters. The Elevate group meets at least and met more frequently during a remote environment, for support, engagement and personal development. Sessions will vary from networking within this group to self-development offerings focused on topics such as negotiation, personal brand and self-care. 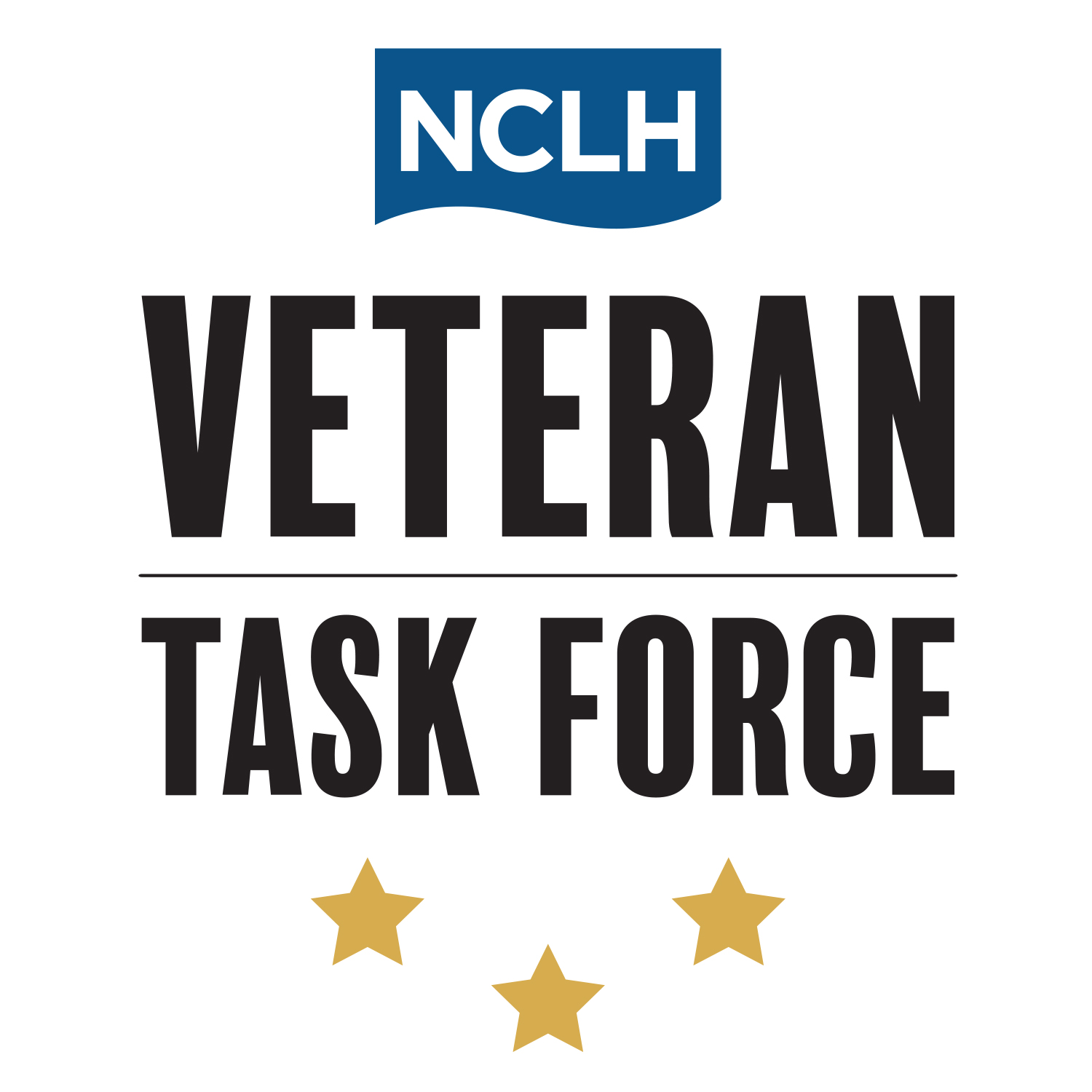 The Veteran’s Task Force is an ERG comprised of our military veterans. The Task Force has previously been committed to community outreach, support for fellow members and awareness of veteran community needs.

In 2022, we launched a new ERG called EMBRACE which focuses on diversity in leadership for managers and above. The groups initial objectives include promoting diversity of thought, journeys and perspectives within our management teams, serving as a feedback channel between front line team members and leadership and establishing a road map for future team member resource groups.

We recognize the value and importance of a diverse supplier base and are committed to facilitate, promote and encourage the growth of small businesses and businesses owned by diverse and/or economically disadvantaged populations.

Though global voyage suspensions significantly impacted spending in 2020 and 2021, approximately 39% of our total U.S. supply chain spending was with small businesses or businesses with minority, veteran or economically disadvantaged qualifications.*